How a Business Video is Produced: Part 2 of 5, Production

This is the second in a five-part series about the production of video. Here, we’ll discuss the actual production phase, breaking it into two, slightly more manageable posts. If you haven’t read the first part of the series and have any questions about how we got here, please take a moment to review it here. 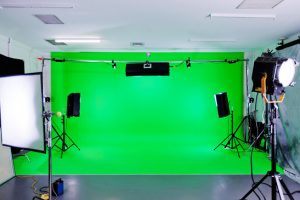 So, when we last left off, all of the details of the Pre-Production phase were complete and the producer had an approved script, a production team and locations or a studio, any permits were applied for and received, and all the paperwork needed to make the Production phase go smoothly had been completed.

So, now the fun part starts… well fun for some, anyway. The actual process of production is often referred to as “hurry up and wait,” due to the highly stratified roles played by the production team. For example, while the gaffer (the lighting director) and the grips may be running around hanging lights on the set, the actors might be playing games on their phones or reading or getting makeup done by the makeup artist. During the actual filming, other crew members might be sitting on their hands, waiting for their jobs to start.

But there is no doubt that every job on a film crew is critically important to capturing the script. Some scripts – even business video projects – take several days to film. It is challenging and expensive to move the entire production from one location to another, so a move is not a casually considered event. Production and location managers try to maximize a particular location, whenever possible, to reduce those moves. But, depending upon the script, moves may occur or it may take more than a day to film in a particular location, depending upon the number of setups scheduled for a given day – a setup refers to a particular shot that could include many technical changes to lighting, sound, camera placement, lens choices, camera movement and so on. Obviously the more setups completed in a day, the more efficient and productive the project. But, it may not always be advantageous to cram as much as possible in a day – other aspects of the production (artistic, crew fatigue, unavailability of actors or other key personnel, technical problems) may impede progress. 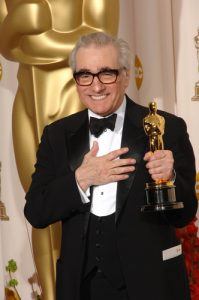 A film crew is an extremely hierarchical group and to be effective, it has to be run like an army and in an army there is only one supreme commander: the producer. I know, you thought I was going to say director, right? Well, sometimes the director is the supreme commander, but that’s usually on a feature film set where the director is someone like Martin Scorsese or James Cameron. On a business video or a commercial, the director is often hired for their eye and their ability to coax performances out of actors, but the buck stops with the producer.

Stay tuned for our next post on key crew positions and descriptions of their jobs.