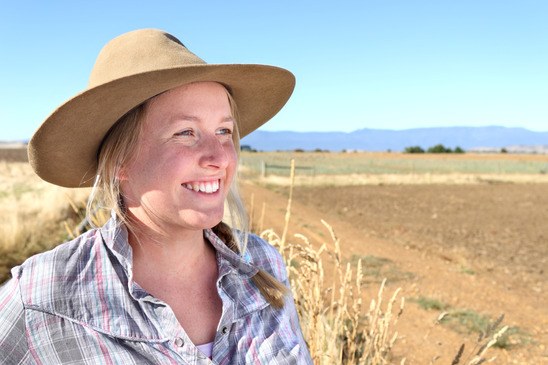 hrysler ran an ad entitled So God Made a Farmer during the Superbowl in 2013 that was based on a speech Paul Harvey wrote and delivered in 1978. Harvey delivered the speech in his prototypical flat, folksy, pause-laden style, speaking iconically visual phrases, like… “God said, ‘I need somebody willing to sit up all night with a newborn colt. And watch it die. Then dry his eyes and say, ‘Maybe next year.’”

The speech, which was delivered live before the 1978 Future Farmers of America, had the presence of a live talk; you could hear and feel Harvey’s audience listening intently.

The visuals were straight-ahead still photos, taken by ten photographers, of farmers and farm life. There are two shots of Dodge trucks in the ad – only the last of which really calls much attention to its sponsor.

And, this is the point…

Dodge Ram collaborated with the National Future Farmers of America Foundation to produce the ad, receiving special permission from Paul Harvey’s company to use the speech. Dodge agreed to donate as much as $1,000,000 to the NFFA, based on views after the ad had initially run, at a rate of $100,000 per 1,000,000 million views. They reached the $1M cap in only five days.

You see, if you can really bring home the experience of something powerful that moves people and causes them to feel some way towards a product or a service, you might even transform their experience of your company and make a friend, if not for life, but for a very long time.

Looking back at some of the most moving and inspiring ads…

Even if you don’t have a product or service that you think has some powerful, emotional message, if you look at how your offering impacts those who use it…