How a Business Video is Produced: Part 5 of 5 – Distribution 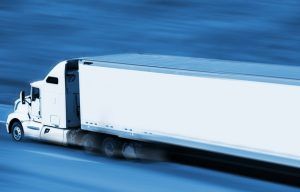 This is the final installment in our series on video production.

Today, we’re going to look at what happens after your project is complete. We’ve just finished discussing the Post-Production phase and what follows is the somewhat murky area of Somewhere Between Post and Distribution; it’s all a slightly non-linear process.

Once the producer believes the project to be complete, it’s time to get the client to review the work, hence the term Final Client Review. This is the client’s last opportunity to evaluate the video and if all has gone well, sign off on it.

By the way, if your producer hasn’t provided more than one opportunity to review the project throughout production… well, that’s probably not a very good practice. At each phase, it’s a good idea to have the client review the work. Both the client and the producer will feel so much more confident if each phase has it’s own review.

These reviews could occur at various (but not all of these!) touch points:

If changes are requested the producer should rapidly oblige, depending upon the terms of the contract. But, if prior client reviews occurred there should be little need for any changes at this point. A carefully constructed contract includes provisions for how a change is charged (or not) to the client. Again, if at each phase, the client signed off on the work in progress, any changes this late in the game would likely incur additional fees.

So with the video complete the client might receive a digital file(s) on a hard drive or a downloadable link.

Legally, at this point, the client owns the perpetual rights to the finished product. However, the client may not own the rights to the raw video and audio footage that was captured for the production, unless ownership was granted in the contract. This is a complex area of copyright law and it’s worth spending a paragraph discussing it.

According to commonly held U.S. Copyright law, a works’ author is also its owner. So, if you’ve hired a producer to deliver a finished video program, you are purchasing the services of that producer or production company as work for hire. But, do you also own all the footage shot that didn’t go into the program you purchased? Technically, no you don’t.  Ownership resides with the author. But there are gray areas to copyright law that require legal counsel. We are not lawyers, so check with a lawyer before you make any agreements with a producer!

However, if you are merely hiring a production company to shoot a script that you are producing (perhaps you’ve written the script or hired a separate writer and you plan to hire your own video editor to finish the video) you are its author and therefore you own all the footage. Again, check with an appropriate legal authority.

It’s likely that you determined a distribution path or paths prior to ordering the production of the video. You had already decided to have a video-centric hosting entity (like YouTube, Vimeo, or Wistia) host the video with a link on your website. If it’s a commercial it’s going to be broadcast. Or, if it’s some kind of instructional video, it might be distributed on DVDs or Blu-Ray.

In each of these cases, the video has to be encoded for their corresponding outlets. Broadcast video encoding varies by the network broadcasting it. Specifications for broadcast are usually very technical and inflexible and need to be planned for with as much advanced warning as possible.

Online distribution is much more casual, as most of the online video hosting companies, like those mentioned above, will take whatever video is uploaded and convert it into a format it can readily stream to the Internet. But, the rule of thumb is to encode video at a high frame rate and at the largest, practical size, e.g., 1080i or at least 720p. Hosts like YouTube have limitations associated with program length. To upload a video longer than 15 minutes on YouTube requires that the length limit be increased.

For clients who wish to distribute a program on Blu-Ray usually means that the program is not just one video that plays all the way through from the beginning to the end. Instead, a Blu-Ray title is often created for training purposes and has sophisticated programming and branching to move the viewer from one section of the disc to another. If a Blu-Ray is what you’re looking for, please discuss this with the producer very early in the production process.

Well that about wraps it up. Stay tuned for most specific and focused posts about several of the topics you’ve read about in this five-part series. And, thanks for taking the time to read this entire series! Cheers!