How a Business Video is Produced: Part 4 of 5 – Post-Production

This is the fourth part of our posts about the business of producing business video.

Now that the Production phase is over and the script has been captured onto some medium (most likely a digital one), we move into what some consider to be the most creative and interesting part of production: Post-Production. And for some, Post as it’s known, is like watching paint dry – so to each his own. 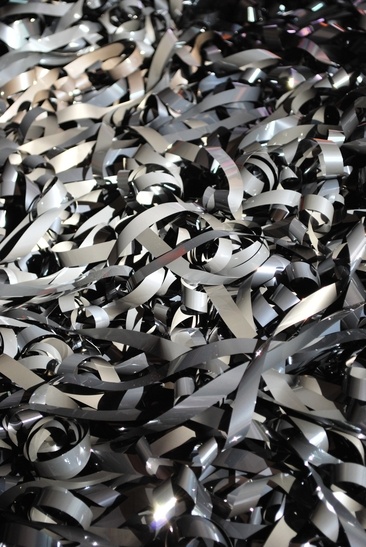 In the old-school days, Post-Production largely meant Editing. Film (almost always negative film) would be processed at a lab and then the lab would strike or create a work print from the camera negative. This work print would be a pretty primitive looking bit of film, some of it overexposed, some underexposed, but the editor would take all that raw footage on the work print (the dailies) and chop it up into smaller pieces and put it back together into a more finished form with pieces of clear splicing tape. We’re not kidding about any of this, by the way! Editing used to be a very analog and slow process. Special effects and titles and animations all had to be created in-camera. Things were pretty primitive back in the day.

Fast-forward to about… 20 years ago and things were changing. For one thing, this new-fangled digital editing thing had become reality – it was called Non-Linear Editing (NLE) and it meant that a computer could be used to edit the film. It was fast. It was non-destructive, which simply meant that things like work prints no longer had to be made and you could change your mind about an edit in the blink of an eye. The NLE software got better and faster and added more features and today’s NLE provides editors with much greater control over their edits. But, it also provides that same individual the ability to add effects, titles, simple animations, simple color and exposure changes all within an editing program. In other words, the range of capabilities created by new technology has dramatically increased an editor’s ability to control the final output of a video.

Today, Post means a variety of activities, the largest of which still is editing for live action video (not true of animation). But, there is so much more…

There are other areas of Post we’ve not touched on here, because they’re less relevant to the production of business video, but rest assured, modern post techniques can make your finished video look unbelievable!